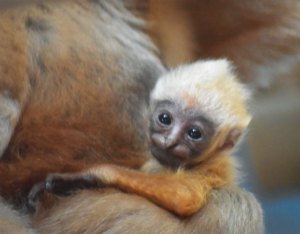 The Akron Zoo is holding a naming contest for its new white-cheeked gibbon infant. The contest, presented by Akron Children’s Hospital, runs through Jan. 26. You can vote on a name here.

The five names are gender-neutral as the sex of the baby is unknown at this time. Gibbon infants cling to their mothers for the first few months, and zoo staff is hands-off with the baby.

The name choices include: Lolani, Keo, Kanoa, Rou and Jinzi.

The two names with the most votes as of Jan. 26 will be painted on enrichment and presented to the zoo’s gibbon family. The enrichment item that Parker or Milo, the gibbon parents, touch first will be the baby’s final name.

The zoo’s female gibbon, Parker, gave birth to the baby on Thursday, Dec. 9. This is the first new baby born in the zoo’s new area, Lehner Family Foundation Wild Asia, which opened in May 2021. This is also the first gibbon birth in the Akron Zoo’s history.

White-cheeked gibbons are critically endangered due to habitat loss, mainly from deforestation to create palm oil plantations. The zoo’s gibbon pair, Parker and male Milo, made their debut at the Akron Zoo with the opening of Wild Asia. 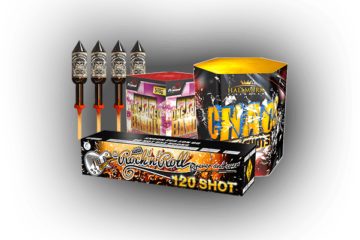 Beginning on July 1st, Ohio residents will be allowed to discharge consumer grade fireworks on their own property. But, Wadsworth has a municipal law that forbids fireworks from being discharged. Changes could be coming concerning Read more… 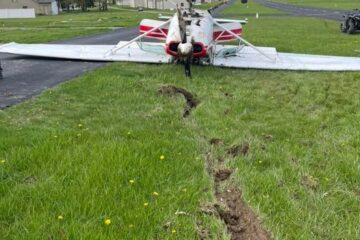 The Medina County Sheriff’s Office continues to investigate a plane crash that happened Thursday. The crash landing happened on the runway at Skypark Airport in Wadsworth. The pilot, from Aurora, was injured and taken to Read more… 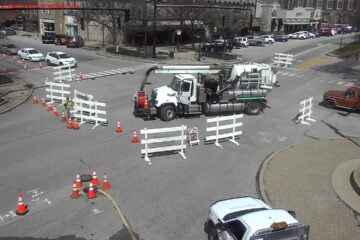 Crews continue to remedy a gas leak in downtown Wadsworth where roads were closed Friday in downtown after the leak was found coming from the Marathon gas station and into the storm sewers. The gas Read more…