AAA: Millions of Ohioans to take a road trip this July 4 weekend 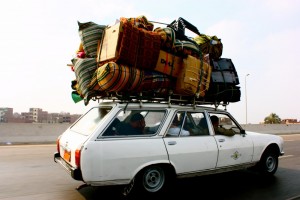 Public relations manager for AAA, Kimberly Schwind, said nearly 88-percent of Ohioans will be traveling to their destination by car, an increase of 2.7-percent over last year’s Ohio travel numbers.

The East Coast is the most popular destination this weekend for Ohioans. Myrtle Beach, Hilton Head and Florida destinations, especially Fort Lauderdale, Miami, Tampa and Orlando. Chicago is another top destination.

“We’re expected to see the highest number of people flying from Ohio this weekend since 2007, and nationally since 2004. A lot of people will be at the airport, some 80,000 Ohioans,” Schwind said.

By plane, the most popular destinations include: Hawaii, Las Vegas and cities throughout California.

“In Ohio, we see a large increase in the number of calls over the holiday weekend with so many people on the roadway,” Schwind explained. “We are dedicating our service to our members and are not participating in offering free towing to impaired drivers, as some other state AAA offices are doing. All AAA members get free towing as part of their membership.”

Schwind’s best advice if you’re out on the roads this weekend: be patient.