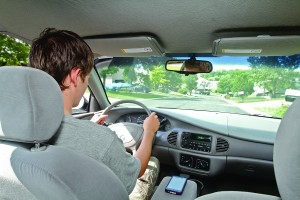 This week marks the start of the 100 Deadliest Days for teen drivers. This is the period between Memorial Day and Labor Day, when the number of fatal crashes involving teen drivers historically rises. New national crash data reveals the main reasons behind these deadly summer teen crashes include speeding, drinking and driving and distraction.

In Ohio, data from the Ohio Department of Transportation (ODOT), suggests inexperience, speeding and distractions are main contributing factors in Ohio’s deadly summer teen driver crashes. Between 2013 and 2017, ODOT says 139 people, including 81 teens, died in crashes involving teen drivers during the 100 Deadliest Days.

“Crash data shows that teens are a vulnerable driver group with a higher probability of being involved in crashes,” said Dr. David Yang, executive director of the AAA Foundation for Traffic Safety. “And while teens may make mistakes when first learning to drive, it is important to continue educating them about safety behind the wheel so they avoid the reckless behaviors that put themselves and others at risk on the road.”

AAA Foundation research found that nearly two-thirds of people injured or killed in a crash involving a teen driver are people other than the teen behind the wheel, making teen driver safety an issue that impacts all road users.

Crashes for teen drivers increase significantly during the summer because teens are out of school and driving more. Between 2013 and 2017, during the 100 Deadliest Days:

“Parents have plenty to be concerned about as their teen hits the road this summer,” said Jennifer Ryan, AAA director of State Relations. “Teens are making deadly mistakes on the road. Parents are the best line of defense to keep everyone safe behind the wheel.”