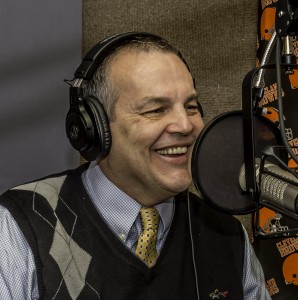 Coming up on Wednesday, a neighborhood meeting will be held for residents of Ward 2 and everyone who lives in Wadsworth to talk about the repaving and construction project along Route 94/High Street.

Ward 2 Councilman Bob Titus says Service Director Robert Patrick and Assistant Service Director Harry Stark Harry Stark will be on hand to answer questions about the scope of the project, how long it will take to complete and what motorists will face during construction.

The meeting will begin at 7 p.m. at the Hilliard-Rospert Events Center at 133 West Boyer St.

The Rt. 94 project will begin in July and will last until 2017. It will involve widening, repaving and the construction of access roads behind many of the businesses in the north end that front High street.

Councilman Titus told Wadsworth Community Radio, “I thought it would be important for residents not to hear second hand about the project, but to hear from the city leaders who are in charge.”

Plus, High Street will be repaved through the downtown area this year, which will eliminate the potholes that slow motorists down.

The state of Ohio is paying for the majority of the project, although the city of Wadsworth itself is kicking in some dollars.