Wadsworth residents are in for a real treat Monday night. The U.S. Army Field Band Jazz Ambassadors – America’s Big Band – will perform at the O.J. Work Auditorium at 7 p.m.

The Jazz Ambassadors – America’s Big Band – is the official touring big band of the United States Army. The 19-member ensemble, formed in 1969, has received acclaim both at home and abroad performing America’s original art form: jazz. 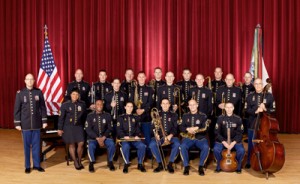 The band has appeared in all fifty states, Canada, Mexico, Japan, India, and throughout Europe.