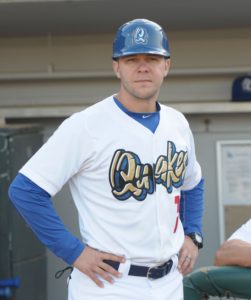 The Quakes had an overall record of 87 wins and 53 losses. In the second half of the season, Drew managed Rancho Cucamonga to a 52-18 record.